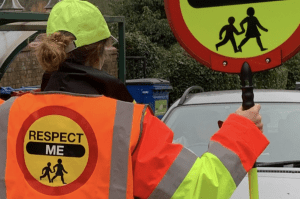 A new campaign is seeking to combat the rising levels of abuse and aggression faced by school crossing patrols in Buckinghamshire.

‘Respect Me’ has been launched by Buckinghamshire County Council on the back of an increase in the number of incidents reported in 2019. In December alone, 12 cases were recorded – including drivers refusing to stop, or experiences of aggression or abuse.

As part of the campaign, the council’s 60 lollipop men and women are wearing new orange tabards bearing the ‘respect me’ slogan. Meanwhile, residents are being encouraged to support their local patroller by reporting any incidents they witness.

Buckinghamshire County Council says its patrollers are valuable members of their communities.