Dash cam road safety project to be launched in Cornwall

Bodmin Moor is set to become the first part of the UK to run a unique community project to help improve road safety and reduce the number of livestock that are killed or injured on its roads each year.

Those participating in the project will be provided with dash cameras and encouraged to record and submit incidents which put either animals or other road users in danger. These incidents could range from traffic offences and collisions involving livestock to anti-social behaviour, and will be uploaded and acted upon via Devon & Cornwall Police’s Operation Snap initiative.

Police and crime commissioner Alison Hernandez said: “On a daily basis, communities across Cornwall are being affected by people driving dangerously so it’s absolutely right that I should try to help those communities do something about it.

“The answer to most problems lies within communities themselves so, through Cornwall Community Foundation, we are asking interested groups how they would make the roads where they live safer – to slow drivers down, stop anti-social road use, prevent accidents and ultimately save lives.” 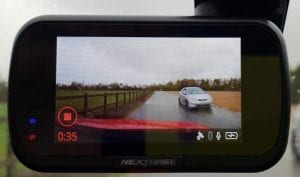