The Commons Transport Committee is launching an inquiry ‘to scrutinise the Government’s approach to road safety’ over concern that progress on the issue has levelled off.

Despite a reduction of more than 40% in the number of fatal road traffic accidents from 2007 to 2012, there has been no reduction over the last five years, the committee highlighted.

It will scrutinise the Government’s approach, last set out in its 2015 road safety statement, investigating which changes would be most effective at reducing the number and severity of road traffic accidents. 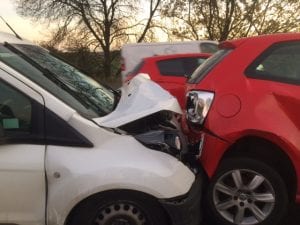 Committee chair Lilian Greenwood MP said: ‘In 2017, almost 1,800 people died in road traffic accidents on the UK’s roads. While there are far fewer fatalities than there were in 2007, that figure is still too high, and hasn’t fallen at all in the last five years.

‘We want to know what should be done to bring down the number of accidents. We are keen to hear from everyone who feels our roads could be safer and has ideas on how to make it happen.’

Ms Greenwood said the committee was seeking input from road safety campaigners, road user groups, local authorities, businesses that employ drivers and those who see their children off to school with concerns about their journey.

The Committee is calling for evidence on the following questions:

Evidence can be submitted through the committee’s web portal with a deadline for written submissions of 18 April. The committee will then identify which areas it will investigate in more detail.