As the UK’s first trial of electric scooters gets underway in Middlesbrough, the Government has confirmed riders can be prosecuted for careless and dangerous driving offences, as well as under drink and drug driving laws.

The first trial has gone live in Middlesbrough today (13 July), with an initial 50 e-scooters available for public use.

In the scheme’s early phase, hubs for the re-charging and parking of the e-scooters have been set up at popular and busy areas such as Middlesbrough Bus Station, Riverside Park and Linthorpe Village.

The pilot will then be expanded across all five boroughs of the Tees Valley later this month. 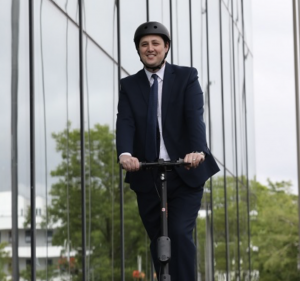